Jupiter Sumo is a two-player action game where you control Jupiter Lander-like vehicles trying to bump each other into the obstacles of an arena. The first player to crash four times will lose.

The game runs on the Atari 2600 (PAL) or a compatible emulator such as Stella. The source code is free to use under the terms of the MIT license.

Back of the box

In the year 2600, robots have largely replaced the human population. Wars over distant resources are carried out by unmanned spacecraft. On Jupiter, the war over gas mining rights between two Japanese megacorporations has been formalized into a competitive sport where millions of kilodollars are spent daily on armored landing vehicles crashing together, sealing microcontracts over Jupiter estate ownership by ultimately pushing each other into the plasma fields enclosing the arena. The battles are casually enjoyed as the main source of entertainment for the remaining human population in the brain vats of Old Earth. 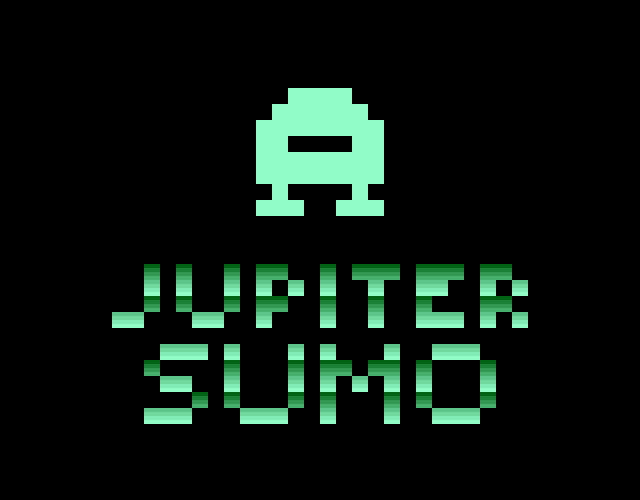 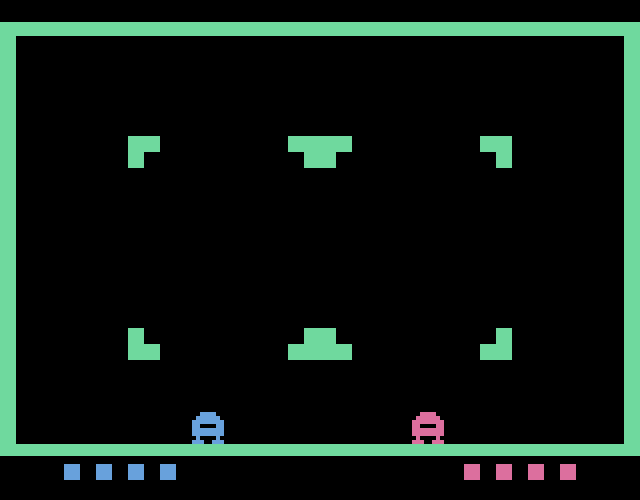 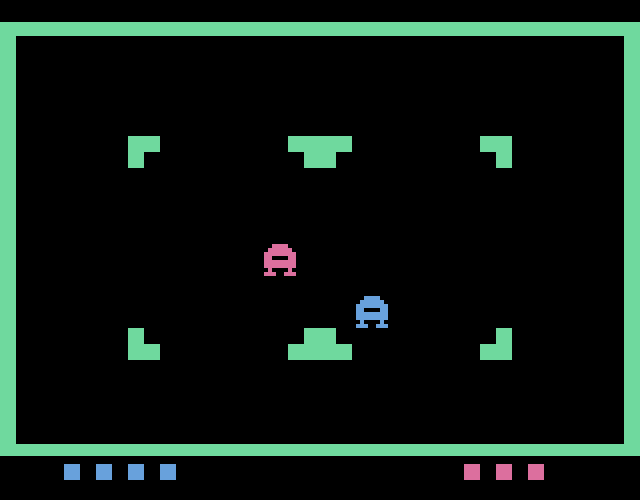